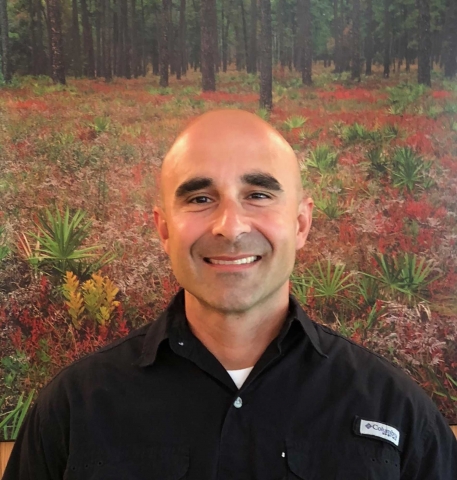 Robert’s passion for prescribed fire and training has very deep roots. His career as a wildland firefighter started in 1998 with the Florida Division of Forestry. The nine years he spent with the State of Florida led to many opportunities to learn about leadership and fire. Robert took that solid foundation of learning to his next chapter; Everglades National Park. This dynamic environment presented him with an enormous window of opportunity to learn about broad scale fire management. After four years with the National Park Service, Robert was hired by the U.S. Fish and Wildlife Service on the Florida Panther National Wildlife Refuge as the Assistant Fire Management Officer (AFMO) where the program managed a large zone including five refuges. He held that position for a period of three years then accepted a USFWS Wildland Fire Liaison position stationed at Avon Park Air Force Range. This position was responsible for the collaboration, planning and implementation of all prescribed fire operations, writing burn plans, fire management plans and providing National Wildfire Coordinating Group training opportunities to the fire staff. Avon Park Air Force Range also hosts many Prescribed Fire Training Center modules in support of the training center. In 2018, Robert moved to Tallahassee, Florida as the Director of the Interagency National Prescribed Fire Training Center.

Robert and his wife Lori are both outdoor enthusiasts and spend as much time as possible on the water with their two daughters.